One of the main uses of stone powder

CaCO3 is in the construction industry, either as a building material or as a limestone aggregate for roadbuilding or as a component of cement or as a starting material for the preparation of construction lime by burning in a kiln. . However, due to the weather mainly caused by acid rain, CaCO3 powder (according to limestone form) is no longer used for construction purposes on its own, and only as a material/main material construction material.

Bot skin stone powder is also used in the purification of iron from iron ore in blast furnaces. The carbonate is calcined in situ to give calcium oxide, forming a slag with various impurities present, and separated from the pure iron. 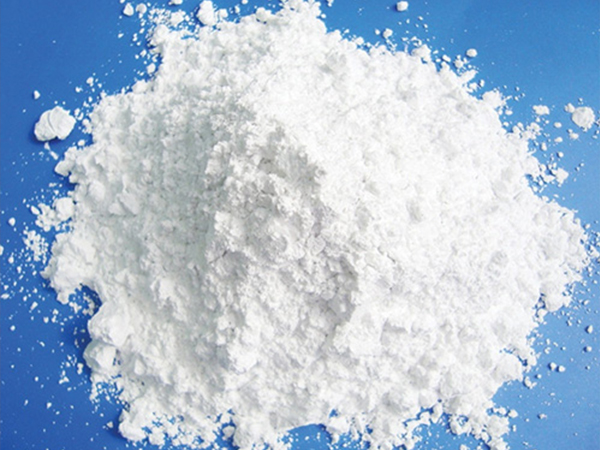 In the petroleum industry, CaCO3 rock powder is added to the drilling fluid as a bridging and filtercake sealing agent; It is also a weighted material that increases the density of the drilling fluid to control the downhole pressure. Skin bots are added to the pool, as a pH corrector for maintaining alkalinity and offsetting the acidic properties of the disinfectant agent.
It is also used as an ingredient in sugar beet refining; It is fired in a furnace with coal to produce calcium oxide and carbon dioxide. This burned lime is then slaked in fresh water to produce a calcium hydroxide suspension for precipitation of impurities in the raw water during carbonation.

Stone Powder CaCO3 rock powder has traditionally been a major component of black chalk. However, modern chalk production is mainly gypsum, hydrated calcium sulfate CaSO4 • 2H2O. Skin bots are a major source for developing Seacrete, or Biorock. Precipitated CaCO3 (PCC) stone powder, dispersed in the form of slurry, is a popular filler material for rubber gloves with the aim of achieving maximum savings in raw materials and production costs.

Ground CaCO3 rock powder (GCC) is an essential ingredient in microporous films used in infant diapers and some films such as building nucleated pores around CaCO3 rock powder particles. During the production of the film by two axes stretched. GCC or PCC is used as a filler in paper because they are cheaper than wood fibers. In terms of market volume, slate is the most important type of filler currently in use. Printing and writing paper can contain 10-20% CaCO3 stone powder. In North America, CaCO3 rock powder has begun to replace kaolin in the production of glossy paper. Europeans have practiced this as alkaline paper making or acid paper making charges for a number of decades. PCC has very fine and controlled particle sizes, on the order of 2 micrometers in diameter, useful in coatings for paper.
Leather Bot Stone Powder is widely used as an extender in paints, especially in translucent emulsion paints where usually 30% by weight of paint is either chalk or marble. It is also a common filler in plastic manufacturing. Some typical examples include about 15 to 20% load of chalk in unplasticized polyvinyl chloride (uPVC) drain pipe, 5-15% load of chalk or marble coated stearate in uPVC window profiles. PVC cables can use CaCO3 rock powder at loads up to 70 PHR (percentage of plastic parts) to improve mechanical properties (tensile and elongation) and electrical properties (mass resistance). Polypropylene compounds are often filled with bot leather to increase stiffness, a requirement that becomes important at high service temperatures. Here the ratio is usually 20-40%. It is also commonly used as a filler in thermoset plastics (compounds and bulk molding) and has also been mixed with ABS, and other ingredients, to form some types of "earthly" compression molding. lightning" poker chips. Precipitation of CaCO3 rock powder, accomplished by dropping calcium oxide into water, used by itself or with additives as a white coating, is known as whitewash.

Stone Powder CaCO3 rock powder is added to a wide range of commercial and self-contained adhesives, sealants, and decorative fillers. Ceramic tile adhesives usually contain 70-80% limestone. Decorative crack filler contains the same content as marble or dolomite. It is also mixed with putty in setting stained glass windows, and as an anti-glare to prevent glass from sticking to oven shelves when enameling and painting at high temperatures.

In ceramic/glass applications, CaCO3 stone powder is known as Whiting, and is a common ingredient in many enamels in its white powdered form. When yeast containing this substance is fired in the oven, the Whiting acts as a flux in the yeast. CaCO3 is an abrasive (both as scouring powder and as an ingredient in household cleaning creams), particularly in its calcite form, which has a relatively low hardness of 3 on the scale. Mohs of mineral hardness, and therefore will not scratch glass and most other ceramics, enamels, copper, iron, steel, and has a moderate effect on soft metals such as aluminum and copper. A paste made from CaCO3 stone powder and deionized water can be used to clean tarnished silver.

In the environmental treatment industry

In the ceramic manufacturing industry

One of the main uses of stone powder

Why is CaCO3 stone powder important?

Application in the rubber industry

Applications in the paper industry

Applications in the paint industry